A Perfect Circle, A Stranger/The Outsider 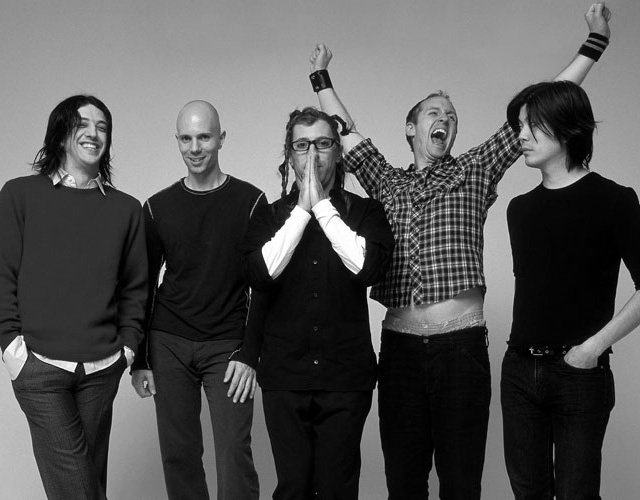 This spring I had the chance to catch a show from one of my favorite rock bands called A Perfect Circle. I’ve been enamored by the music Maynard & Company puts out for 17 years. I’ve always understood the music as something more purposeful, hard hitting, and lyrically competent than most.

Frontman Maynard James Keenan has taken lead in a few other controversial endeavors over the past 30 years; most notably the groups Tool and Puscifer. You may remember a few “goth/rock kids” with Tool patches on their backpacks in the 90’s. I know I do. (I was one of them.)

The group put out two traditional albums in the early 2000s, one after the other: Mer de Noms (2000) and Thirteenth Step (2003). Those were followed by a politically-fueled album of remakes called Emotive (2004) that surfaced during the Iraq War years.

The band then hit a hiatus with its members diving into various side projects in and out of the music business. While a few performances came during those years, it wasn’t until 2016 a legitimate return surfaced.

By early 2017, the band rolled out a series of spring dates to hit the road once again ahead of what appears to be a new album in the works.

When it comes to picking one song to represent this group, I have a hard time doing so.

So many tracks on Mer de Noms gave me the feels in high school: Magdalena, Judith, and Breña. And with Thirteenth Step, an album that colored my college years, there are too many to suggest: Weak and Powerless, The Outsider, and The Nurse Who Loved Me come to mind.

APC isn’t single-sided. I find that Keenan’s vocals, when paired with supergroup musicians from 90’s rock yesteryears, results in satisfying riffs that find a way to blend with ethereal poetics.

There’s much to be said about this group, but perhaps it should be less about what’s said and more about what’s heard. I invite you to experience the track pair A Stranger/The Outsider. It stands tall as an example of the band’s ability to meander from contemplation in quiet desperation to fiery proclamation.

If you find something you like between the lines, I encourage you to find a show while you still can.