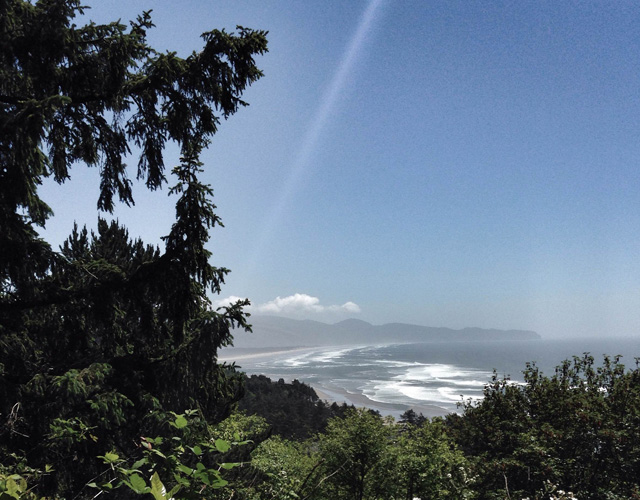 Last year was the first time I set course with an eye on the new year through an official annual review. The pros and cons of the previous year, where that left me emotionally and physically, and what I was looking towards for this year.

All to often we hear of the typical “new year’s resolution” where a single target is looked upon and, in at least some cases, almost immediately forgotten once the snow begins to melt. By following a more structured and encompassing approach to the upcoming year, the lens becomes holistic rather than micro-focused.

Twenty fifteen was a big year all around, and one that certainly leaves me thinking even more. Anticipatory for the new year, yes, but also a bit melancholy and not as excited as I thought I would be about certain things I figured to be a lock. Funny how that works, isn’t it? That being life, perhaps.

Fresh on the heals of Chris Guillebau’s latest Annual Review, I present you with mine, originally inspired by Chris and further fleshed out as feels best for me.

Succinctly noting positive vibes as they relate to life, even if there’s some hesitation to be “preachy” about things. That’s ok! We all have things we’re happy about.

The tough spots of the previous year, however difficult to pull into words. Things “not going well” is a relative phrase to each of us, so your own annual review may differ in tone.

With a year behind me and record of what I hoped to achieve, here’s my recap from the last 12 months:

Plans (with actions) for the new year

Given results from this year, the positive and the negative, these are my thoughts and plans for 2016 in no particular order. If you write your own review, try to be very descriptive and determined. Write with care, and purpose.

I’m choosing to make 2016 the year of Growing Roots.

In business, a determination to flourish beyond where we are at the moment, beginning with team members that fit; something that is a very difficult task.

In relationship, continuing to move forward with someone that is so obviously dedicated to me, and to us, that it’s humbling.

Personally, with friends, hobbies, and giving back—making sure I don’t take myself too seriously, while leaning in with positivity.

I may not talk about the annual review very much, but it absoutely shapes my general perspective and goals for a calendar year. I was surprised to see how many times I would dig up my previous year’s post to read and re-read it throughout the year.

How am I doing? Let me get real with myself and my life for a moment.

To me, the annual review isn’t about critiquing every hour of your day, but more about setting course with macro observations, challenges, and goals. It forces you to cut the crap and get real with yourself.

Where are you failing yourself?

Where are you failing your family and friends?

Where are you holding stress, worry, concern, weight…?

We all know the world is a crazy, sad, painful, beautiful, amazing place. Self-checking and throttling the brakes here and there is the least we can do to offer up the best version of ourselves to the rest of the humans walking on the same ground as us.

When midnight hits tonight, think not about a reset button, but think instead about the fresh opportunity you have to begin transforming your life and your outlook into something you already know you want it to be. You’re already thinking about it right now.

This is an opportunity.

Make decisions to better your own situation, and the situation of those around you, because you’re already yearning to make it all happen.