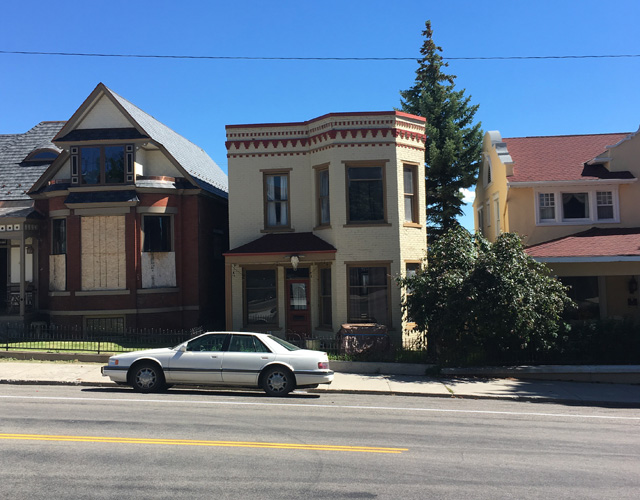 It’s somewhat comical looking back on the last year of posts knowing that I made a total of three articles live throughout that time. While it may be laughable, it’s also an honest reflection of where I find myself within this space.

Early 2017 proved to be immensely difficult for me. At this same time last year I was looking into the eyes of my pup, Rally, seeing something I didn’t want to see in her health. There wasn’t any time to wish those things away, though, because by January 3rd we were already saying goodbye.

I remember reading and re-reading my final letter to her a hundred times. I was laughing one minute and sobbing the next. When I pull up that post today, I still cry. It was the first time I’d faced loss in my core family unit—actually being present when life moves to another level of existence. I’ve seen loss before, like the passing of my grandparents when I was younger, but those instances somehow felt faintly distant because I hadn’t gotten to know them as an adult.

(Essentially) from the moment I left college to 11+ years later, Rally evolved into a buddy that did most things with me. She was a sidekick in the best and worst of times.

Scanning personal journals I wrote just about one year ago, I came across the following note as she was declining in health:

It sums up what I assume many must face when riding the line as the decision of life and death isn’t one that can be ignored.

My previous annual reviews have been a little more bulleted and straight forward, but somehow that didn’t make as much sense this year. While I have a few things to tick off, there’s been a specific theme that can’t be ignored.

Holding Rally as she passed on triggered within the notion of mortality in a way that it hasn’t been before. I started thinking about my own childhood much more, and started paying attention to my parents’ every ache, pain, and comment about their own age-related woes and worries.

In fact, a sense of melancholy has been a big topic over much of the year. I’ve had random dreams about high school and college friends. I’ve felt sadness about my parents—and myself, frankly—getting older. I ponder past relationships and replay my own part in their successes and failures.

At certain junctures I think to myself, “Is this normal? How much energy am I expending on replaying these thoughts and emotions in my head?”

There’s a scene in The Office, during the series finale, when Andy says that he wishes he knew he was in the good old days when they were actually happening. His ponder and somber face reflect the thought tangents I’ve encountered this year.

Because the truth is, for me, I rarely “know” until those times are suddenly past. Is this the good old days right now? I was fully aware once—my senior year of college—but I’ve realized I need to refocus the lens so it has a better chance of sinking in.

This year also marked 20 years since I started pecking around on the Internet. It’s also been a little more than a decade since Facebook became a household name. In many ways, the Internet defines many in my generation, and certainly the generation that has come after.

Everyone wants to put a bow on their story to make it the most perfect and attention-grabbing image they can. But if we take just two steps back, it’s easy to see how we’ve lost an immense amount of reality through these platforms.

Real conversations and real relationships are found and lost as quickly as they were first found. Terms like ghosting become an ingredient for the next token meme, and TV shows that highlight the modern communication vacuum gain in popularity. But all jokes aside, they represent a lost people group who can’t find comfort in the most basic of conversations.

I’m not alone in feeling that we need a better way forward. I know friends that have lost any cadence with their social media platforms, and yet, grind on because they think they need to. The technology has them trapped and they want to find a way back to themselves—and others.

It’s all left me wondering: What are we doing as a people? Why are we still posting photos of food when friends and family are literally three feet away at the same table? Do we need the praise of total strangers that badly?

On to the year in review…

The positive stuff of life even if there’s some hesitation to be “preachy” about things. That’s ok! We all have things we’re happy about.

The difficult areas of the last year represented in a nutshell. We all have struggles to face.

Looking to the Year Ahead

Reconnecting with my own family in various ways, while further harvesting my new family with Sarah, feels very important to me at this point. If 2017 has taught me anything, it’s that those closest to us are temporary—especially the family that is often relied upon the most.

The past 12 months marked the first year of our young marriage, too. I can confidently say it’s been both amazing and a huge learning experience.

Never have I been with someone who challenges me like Sarah. She pushes me to reflect on how I handle myself—reactions, emotions, neurosis—which honestly, I can’t stand at times! But when it comes down to it, she’s been critical in that continuous growth. I feel fortunate to walk with someone who’s very much all-in just as much as I am.

With that being said, I could get into a list about what harvesting and growing closer with my family will mean—and what boxes I want to check off this year—but truthfully, there’s a part of me that thinks checking boxes isn’t always the best thing.

Whatever your goals over the next year, I encourage you to find the pillars and use them as guiding lights.

Make lists (they can be great, no doubt) but try not to get lost in the checking off of those boxes. I know I can be guilty of focusing on the tick marks more than what it took to get there.

If my reflections of late have any validity, thought, it’s the process of getting there that makes up the good old days anyway.

Photo: A stop at my dad’s old house in Butte, MT during a summer road trip.