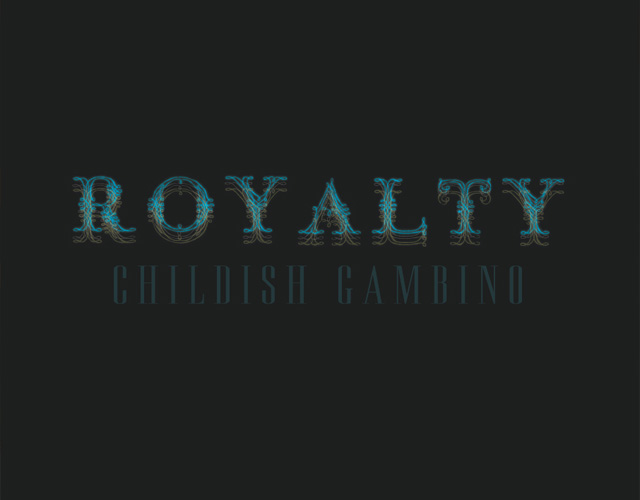 I started off as anything but a Childish Gambino fan. A good friend of mine has loved what Donald Glover’s been doing for a while, and in passing often mentioned him in hip-hop conversations. I always laughed it off.

All along I couldn’t get the image of Donald from his sitcom stints (30 Rock, Community) out of my head. I simply could not take him seriously. In fact, many others don’t take him seriously either (however, Anthony gives him somewhat of a fist pump for this mixtape I’ve pulled “RIP” from, whereas he typically lays into him).

I still don’t know entirely what I believe about Childish, but I’m ok with that. He’s doing something that’s making me pay attention, and ever since I stumbled across his 2012 mixtape Royalty via the recent Majestic Casual release—yes, incredibly late to the game—I’ve been hooked on that album.

He raps about women and money and fame in a way only a successful, wealthy, not-from-the-hood man can. Sometimes his lyrics feel far-fetched; I can only chuckle at his life’s “problems.” At other times, it somehow works.

This song samples Kavinsky’s “Night Call” tune that you may remember from none other than the movie Drive, starring Ryan Gosling. Here’s that clip.

Majestic Casual has been a popular YouTube channel for quite some time, posting remixes of popular music ranging from underground club to hip-hop to bubble gum artists.

Their first album, released in late 2013, included the track We Ain’t Them that appears on Royalty. I followed the rabbit hole and eventually made the connection, sparking the listen and thus, this post.