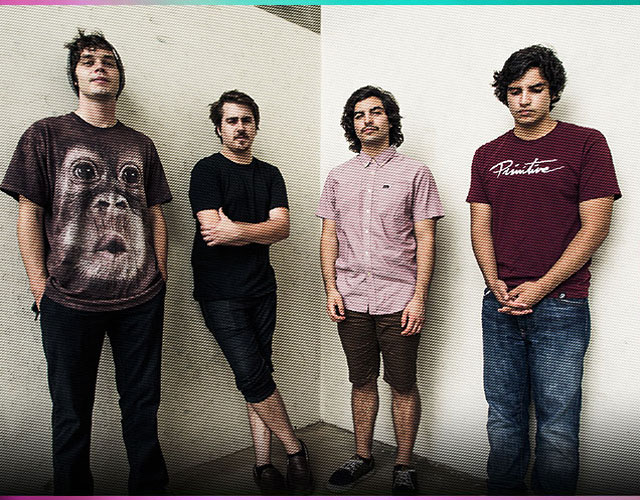 My brother recently told me about the band Chon after seeing them as an opening act for Circa Survive. A band recommendation from him doesn’t go unnoticed, so I quickly scanned both albums on Rdio: the Woohoo! EP and the recent studio release, Grow.

Immediately I fell in love with the noodly and melodic aspects of the track “Fall” on the Grow album (and the subsequent floating that arrives at 1:30). I was also tipped off on the Audiotree performance from SXSW this year; great live stuff. Only minutes in and you realize how intimate these young guys are with their instruments.

A quick music tangent for The Fall of Troy lovers out there: here’s a similarly recent live recording with Chon as the backing band for Thomas Erak’s lead; a meant to be TFOT show. Audiotree makes note:

Originally TFOT were going to play the Audiotree showcase but not all of the members of the band could make the show because of prior commitments. CHON was the band that came to mind that would be open minded enough and talented enough to play with Thomas as TFOT. CHON and Thomas met for the first time the day of the show. The FIRST time the ever played together was that night on stage. No practice! No rehearsal! Thats ballsy as fuck.

Just when it couldn’t get anymore interesting, skip to 15:00 to see a cover of Nirvana’s Heart-Shaped Box before the gig gets shut down.

Take a listen to this noodle filled box of fun below, a track called Sketch from the WooHoo! release. Much more out there, too, if you care to dive deeper.

This article has 2 comments