Days Away, Mapping An Invisible World 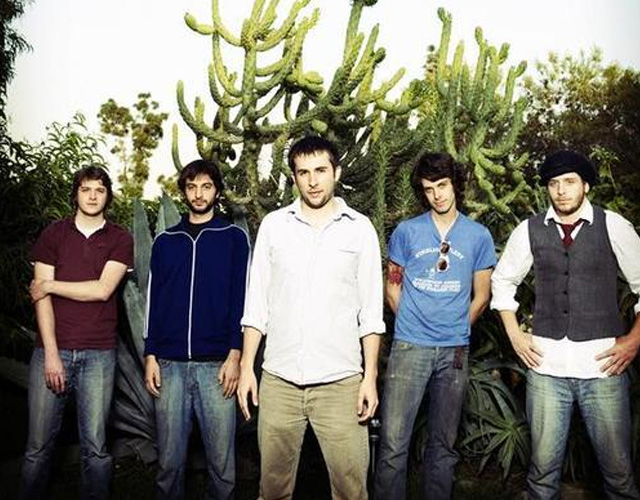 Do you ever find yourself reminiscing about where you’ve been? Maybe it’s a quiet afternoon and you put on music. Perhaps you have a few days to yourself and end up in a classic Internet rabbit hole. Often times those rabbit holes lead to the same places, for me at least, bringing up familiar, decades-old feelings.

Recently, I again found my way back inside Mapping An Invisible World, the melancholy and longing album by now defunct Days Away. What a diamond in the rough that never received the full attention it deserved! Picking a single song from this album is virtually impossible, as it’s truly a front-to-back listen.

With surprisingly mature lyrics for the age of the band members at the time, a raw talent on the drums (Tim Arnold) backs two driving guitars and quirky vocals (Keith Goodwin) that, once acquired, taste so good. What’s not to like?

The album begins with a pop in the face on the track God and Mars, which is lined with themes of moving on—further punctuated at 1:30 by a quiet swell that builds with atmosphere and Arnold’s ride (cymbal) accompaniment.

A few tracks in, Ideas shows the flexibility of the band in a vocal sense, perhaps a nod to what was to come with the band Good Old War and the two original DA members that shifted camps with that group’s formation.

By the time we hear the track It’s Not Over, the listener is greeted with a familiar early 2000s guitar effect. In this case, it’s not overdone and a welcomed driver to the lyrics demanding clarity in a relationship.

I really enjoy the track You Were Right, because it brings to the forefront the storytelling capabilities of the group. “If you don’t mind, I’ll sneak away and come see you…” which leads into, “before tonight I was thinking that I might be lonely; forever.” Call me a sucker for an indie longing-for-love track, but it gets me every time.

The album culminates with my personal favorite, if I had to pick: T. Kline’s Decline. It ultimately begs to ask, “Is anybody here?” as the aura and commanding drum line moves the final seconds through time and space.

At it’s bottom line, the album might be a coming of age tale about a group of young men trying to figure out life, relationships, and a general sense of purpose. Did they ever find it?

What the band left behind was a raw album that poignantly articulated what most of us go through at one time or another. And for that, it will always hold the line somewhere in my world.

At the time of posting, the tracks on SoundCloud are available as previews only. Visit the Bandcamp links for a full listen.