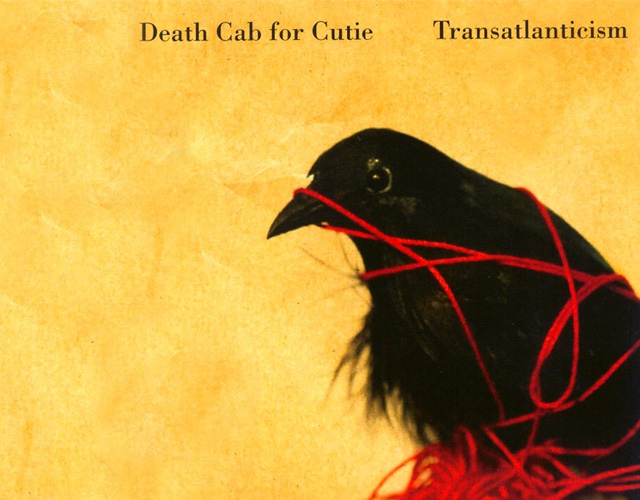 When I was in college I met a young woman in one of my last prerequisite classes; one of her first as a recent transfer. She was short and slight; complete with sharp features, intriguing eyes, and a wardrobe fit for any hipster-themed party. I could tell she was unhappy at the school, having left behind friends and family back home.

She never knew it, but I had a crush. Her funky clothes. Her effortless dry wit and smile. That smile! When she would do so it was welcoming. We talked about life and class and music as any surface level relationship goes in that venue. Two, maybe three times a week for a couple hours. Never very deep, but always enough to make me curious about the life she led but never let on.

One day she came to class holding a CD for me with words scribbled in black sharpie that read, You Know You Love Me.

When I got around to listening to it later, I found that it contained Death Cab for Cutie’s fourth album, Trasatlanticism. Who that band was, I didn’t know yet. She told me she loved it, so I probably would, too.

I can’t remember where she ended up after that semester. I was neither “cool enough” nor aware enough to pursue friendship, but that exchange changed music in my life forever. I think back to those times of confusion, curiosity, and loud hormones.

Ben Gibbard’s vocals were new to me. The off-beat drums were tensioned in all the right places. The album held an atmosphere unlike anything I’d been exposed to before. And beyond that, the lyrics represented me in a way I would never be able to describe. They lay in the air so poetically perfect yet imperfect.

Gibbard had been able to represent the wins and losses in life and love in ways myself and so many others could relate.

The track Tiny Vessels screams confusion, a coming of age, and a realization. It symbolizes the explosion of emotion that we’ve all found ourselves in—once stronger than we ever thought possible—before it falters and renders itself unattainable once again.

Enjoy this track. If you’ve somehow missed out on this album, it is recommended as an all-time favorite.