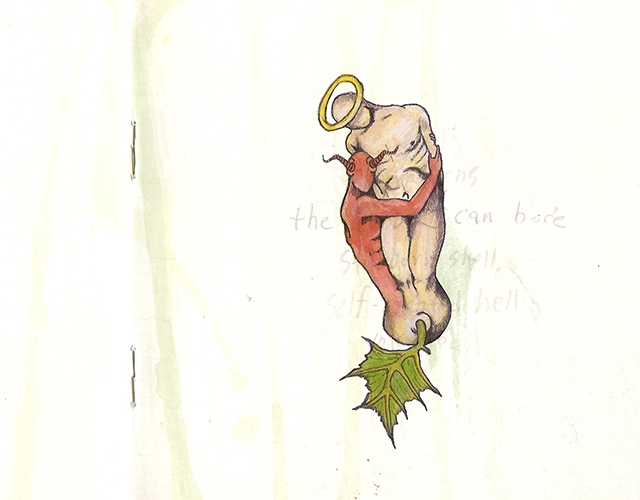 Thirteen years ago this October we saw Dredg release a concept album by the name of El Cielo, one based loosely on artwork by Salvador Dalí’s painting titled Dream Caused by the Flight of a Bumblebee around a Pomegranate One Second Before Awakening.

Critics were hard pressed to put Dredg in a particular category given their ability to slide between jazzy melodies, atmospheric interludes, and crunchy riffs. El Cielo was my gateway into their world, and Same Ol’ Road paved the way.

In a shift away from solidly ethereal tracks, Catch Without Arms was released a few years later. The album recently turned ten years old, right around the same time a single Dredg tattoo on my arm was recognized for the first time in a similar timeframe.

During a quirky moment of remembrance, I recalled how much the album influenced my musical tastes and lyrical appreciation over the years.

It was love like a callus, you scarred enough to be
Tough and immune; your body adapts, you see
To all above my head and all below my feet
No, that’s one freedom you will never take from me

Catch Without Arms was a thoughtful power indie rock album for me, one that hit hard on all cylinders: musically, lyrically, and artistically.

It reminded me to let the demons have their place, if so it’s angels you’ll create, and took me on a journey within. To this day, it still does. The first and last track on the album represent vastly different levels of intensity, but neither stand quite as strong without one another bookending the experience.

Ode to the Sun starts us off, while Matroshka (The Ornament) brings us home. Give the entire album a spin if you have an hour to take the complete journey.