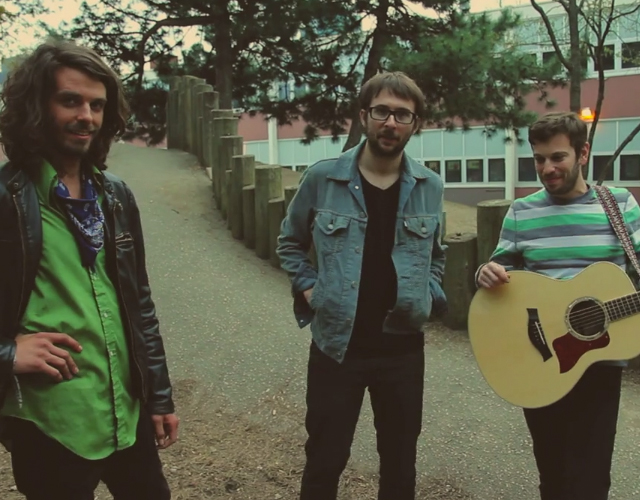 Roughly one decade ago, an old friend ripped me a CD with a band called Days Away on it. Back then, Days Away was a scrappy east coast rock band with a handful of members. They put out surprisingly incredible music given their ragtag team appearance; not to mention Keith Goodwin’s boyish charm and unique dance moves while on lead vocals.

One of my favorite tracks from Days Away was called T. Kline’s Decline, an incredible wave of sound driven by Tim Arnold’s prowess on drums and Keith’s emotion-filled words. And when considering what the group’s earlier music sounded like, one can certainly appreciate the musicial growth over the years.

Fast forward a handful of years later and, during a Days Away hiatus, Good Old War was spun up between Goodwin, Arnold, and a third member, Dan Schwartz. The band’s sound was decidedly different, something that harkened back to a “better time” with a focus on acoustics and harmonizing vocals. It wasn’t Days Away, but it was delightful.

Sadly, just a couple months ago it was announced that Tim Arnold would be leaving the band after a few successful albums and tours in order to focus on life and family. Part of me cringed, wanting some formation of the original Days Away crew to stick together, frozen in time forever. Another part of me rejoiced at how much I enjoyed their music—and consistently friendly faces at shows—over the past decade.

Here’s a live version of Weak Man from Good Old War’s first release, Only Way To Be Alone. I encourage you to spin a few more tracks if you find yourself intrigued.

Update, July 2015: I had the chance to catch these guys at the Bluebird Theatre in Denver last week. Turns out Tim Arnold is back! I haven’t been able to find out much information, but I’m so glad to see it. Always a connected and positive show with the original trio.