Hideaway: A Look Back 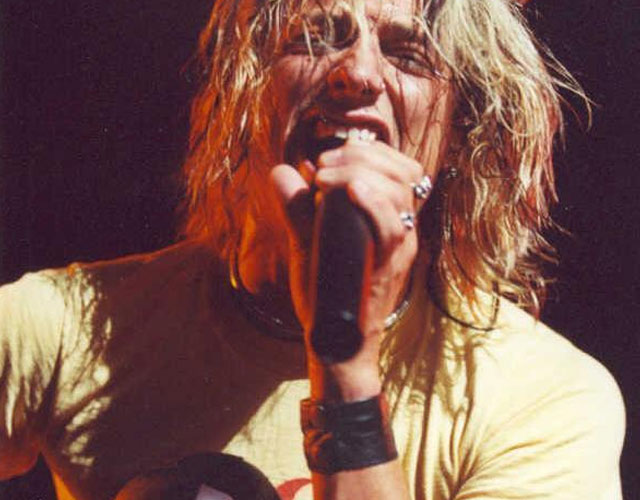 It was the latter half of the 90s, and for the first time in my life I was the new kid in school. We’d moved to Virginia only a few months prior and my summer was spent mostly doing teenage things: playing guitar, listening to music, tinkering on my first iMac, and working at the local pool.

Each night I would lay in bed listening to an alarm clock radio that was ever so delicately tuned to a specific station in a neighboring state; an alternative rock gem that I could only hear, quite fuzzily, after nightfall.

On this particular night, a song came on that moved me in a way only an angsty tune—in the height of that very angst—could. The next morning I scoured the web, coming across the name “Fuel” and the lead singer, Brett Scallions.

She says that love is for fools that fall behind; I’m somewhere between… I never really know a killer from a savior, ’til I break at the bend.

Fuel came out of an era of rock music that was popularly focused on metal and grunge acts. As the decade waned, the likes of Stone Temple Pilots, Bush, Silverchair, and the Smashing Pumpkins all made permanent names for themselves, furthering this new kind of rock niche.

As those bands rose, so too did a new generation of lesser known alt and hard rock acts. Bands that come to mind include Seven Mary Three, Sponge, and Our Lady Peace, although there are many others.

But for me, Fuel was different. For the first time in my young life I wanted to be a part of this movement, so I dug in my heels and became entrenched in the various iterations of the Fuel Street Team.

I led website efforts, papered venues, traveled the east coast for shows, and sought out Fuel rarities like Porcelain and Hazelton for my collection.

It was teenage years at their finest, I must say. The band was more than happy to accommodate that kind of fandom in and around their shows, too, which everyone involved appreciated. I never thought I’d be nipping catered food at the 9:30 Club with my favorite rock band.

By the time the Sunburn tours ended, Fuel began working on a new project called Something Like Human. Traditionally led (lyrically) by lead guitarist Carl Bell, the new album showed a harder, potentially darker side to the band’s offering.

For me, the music felt slightly more produced, but the hard hitting riffs still satisfied like the first full length a few years prior. The growl was there, the “shimmy dance” was firmly in place, and the energy remained.

Mister could you maybe lend a hand? To help a drowning, starving, soulless man…

As the years paved the way into the early 2000s, heavy touring and inter-band turmoil began taking its toll; it was readily apparent. From rumors of infighting to drug use, one could imagine the simple act of playing music with a few friends grew into so much more.

Something Like Human eventually hit double-platinum status, securing the band’s connection to its label, and its future album commitments, too. In some ways, the writing was beginning to show on the wall.

By the time the 2003 release Natural Selection hit, it was clear the band pivoted into a style of rock that had been nurtured by new intentions, where sacrifices were made to appease new players in the mix.

This, too, was the first time Scallions authored any of the band’s tracks solo, taking the helm from Bell on at least one track. From the onset it played out like a forced agreement amongst two previous allies, now vying for very different professional goals.

The track Luck was unlike the rest of the album, pacing itself with a giddy-up guitar riff, watery vocals, and a stronger injection of non-traditional choruses. Scallion’s musical influences of the classic rock era began shining through, making a statement in an of itself.

And it’s all been luck until now, caught in the race of up to down…

As I continued my way through college, things were changing within the “Fuelies” street team culture I had been an integral part over the better part of 5 years, as well. Live shows began feeling less energized, people were there for “fame” rather than the music, and the theatrics began showing the band’s production holes.

It read like a scene from Almost Famous where emotions conflicted with what was the reality in the present, and what was known to have been possible inside very fond memories.

When touring for Natural Selection came to a close, the original band unsurprisingly started falling apart. Kevin Miller, lead on drums, was no longer. And soon thereafter, Scallions parted ways, too.

Around that same time, I left college and I left this part of my history behind, but not without a lot of great times.

Incredibly, next year will mark two decades since I first heard Scallions’ tone over crackly FM radio air, and it will forever symbolize a shift in my life. A shift that took me to new places, put me up against new experiences, and certainly shaped personal opinions of my generation’s rock music.

I look warmly back on the music that gave birth to many of my own adventures as a youth: from seeking and finally attaining a ’52 Telecaster reissue, to jamming on a Hughes & Kettner amp; all because, heck, my favorite band was doing it.

In the 20 shows I must have attended over the years, I never once heard the band warm up to or play my favorite track, Hideaway. It’s a tune that didn’t receive airplay, any concert prominence, and wasn’t an acclaimed hit.

But it’s a tale that can hit us all from time to time. It speaks to us when we’re feeling down, because we’re not the only one:

Hideaway, take me now, I cannot face another round… And I’m flipping through these pages for a name to take my place.

When I need to feel warm in memory, my years with Fuel often take me to those special moments. Long gone are the days backstage, nerves spinning up whenever I’d see the band file into the room. No longer sits a lump in my teenage throat as I try to interview Brett Scallions for our street team website.

Forever close will be the feeling the music gave to me. A special feeling that, hopefully, we all have in our own unique way.

For me, Fuel was the mecca of my teenage years. It couldn’t have ended well for the original members, it seems, but the story still ends well for me and other fans of those golden years.

Coincidentally, what I left in my high school senior yearbook as a quote comes from my time with Fuel, too. A one-liner I still believe in to this day:

Aim for the sky, straight into the sun.

Beyond the Natural Selection album, Fuel eventually pieced together a new version of the band, along with a new lead singer, releasing a full-length album called Angels & Devils. Palpably different, the sound was tough to swallow for long time fans.

In 2013 Scallions, along with a new supporting cast, put together yet another version of Fuel, releasing the album Puppet Strings. However, it was clear the sound of old was no more. Neither for better or worse, the album stood out as a Scallions-led bluesy rock album—on a different wavelength entirely—rather than a continuation of the original Fuel sound.

Over the last few years Fuel has been found touring smaller venues, and more recently Scallions has hit the road solo performing songs both old and new. More often than not, today you’ll find the front man tinkering within various music projects while spending time with his growing family and fellow rock companion, Abby Gennet.