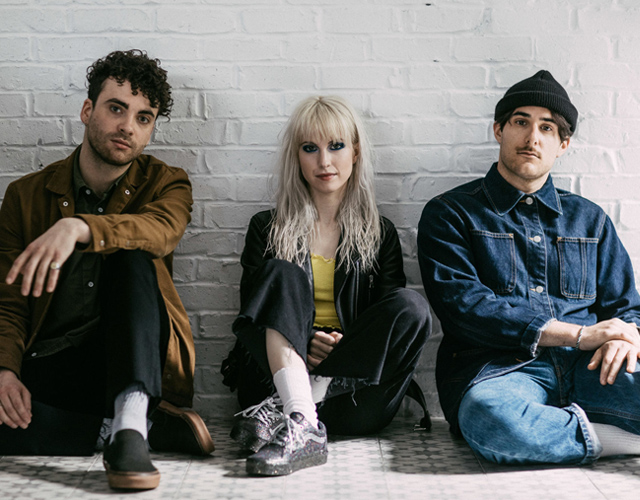 Picture this: the 2005 Van’s Warped Tour. Me, nearing the end of my college tenure and on the prowl for cute girls and good music. The theme at the time was something along the lines of simply, “have fun.”

I couldn’t wait to listen to bands like Funeral For a Friend, Mae, The Academy Is…, Mewithoutyou, Saosin, and the list went on. Rock, man. What a time to be alive for a great wave of alt/emo/indie music.

But Paramore? Not really on my radar.

That being said, I’ll never forget watching young Hayley on a small stage just getting started with the grind of touring. I remember thinking very little in that moment, other than a brief Huh… as I moved on. That’s it.

There’s no telling when I first heard a song from Paramore’s fifth studio album After Laughter. I’m guessing it came somewhere in the background as my wife toggled from one pop hit to the next. Admittedly, I mostly ignore those tunes, but somehow these tracks stuck in her head—and in mine.

The song Told You So is where I remember it starting, hitting me with a poppy goodness I couldn’t explain. The vocal manipulation at the end of the first sentence in each verse—”…and the worst is yet to come“—got me thinking about what the lyrics meant, you know… beyond the lyrics. I recognized the track as something more: art.

When I pulled up the track Hard Times I immediately heard this ba-da-bu-da hook followed by a funky-fun guitar chord. Hayley’s voice hits so clear in the following moments and the rest is history.

All that I want, is to wake up fine / Tell me that I’m alright / That I ain’t gonna die

Damn, me too Hayley. And that bridge—love it. Everything became somehow relatable.

The more I moved through this album the more I wanted to know about the band, as well as Hayley Williams’ path since that forgettable moment sometime in the summer of 2005.

To be clear, I really only dig into bands when something hits deeper than the surface level. I suppose that isn’t particularly unique to me, but I found the lyrics on After Laughter to be so much more than on most albums.

Its themes run deep, yet they’re also met perpendicularly with a unique nod to 80’s rock with boppy fills. It presents itself, to me, as some blend of A-ha meets Tears for Fears meets Talking Heads, reinvented. That might not make any sense, but that doesn’t matter. Hopefully you catch my drift.

Much of the album surrounds a journey—one I think many of us of the same generation encounter on some level—of a person growing up inside a promise and positivity bubble, only to be hit with unexpected (and often unspoken) blind spots.

Things like “fake happy” social media realities, failed relationships, depression and mental challenges, and so on. Our lives developed within a reality that was focused around the Internet, surface level fame, fabricated successes, and a world literally at our fingertips.

It’s been fascinating, and in many ways, a veil to some of life’s pain. Where should we look? What is real? What is fabricated? What or who controls how we think?

Paramore’s journey might not be considered typical by any stretch of the imagination, but that doesn’t mean growing up in a band doesn’t come with the same disappointments and heartaches we all face at the core.

I don’t pretend to be a Hayley Williams expert, but I found myself fascinated that she pulled herself—and the band, in many respects—up from the ashes after their 2013 self-titled album.

She worked through the confusion of a failed marriage, while also naming her depression in the process. She’s since constructed beautiful art along with her bandmates and completed her fifth tour (I caught them at their final Red Rocks show).

As the album progresses, the listener is met with a slow gallop on the track Forgiveness, which moves into another dichotomy of a track called Fake Happy—one that blends truly sad content with a lighthearted tune guiding its path.

Worth noting, the music video is beautifully composed. (Many of their most recent videos are classics.)

Oh please, don’t ask me how I’ve been / Don’t make me play pretend / Oh no, what’s the use? / I bet everybody here is fake happy, too

The track 26 moves towards the most raw of the album’s material, loosely formatted around a conversation with Hayley’s younger self.

It’s been written that the song’s concept is in direct opposition to the band’s 2009 track Brick by Boring Brick where Hayley criticized the “dreamer” mentality; one that has no ties to reality.

Now, years older, she suggests we must keep our dreaming alive.

There’s something about this album, in all of it’s depressed glory, that makes me hopeful. It touches the depths of my personal melancholy for some other time—or maybe some time in the future—where all the feelings are more vibrant and real than ever before.

As the album hits its stride, the funk and the fun never let up on tracks like Pool, Caught in the Middle, and Idle Worship, the latter which Hayley addresses her fans’ perception of her as their idol. Of which, she says, she is not.

Lead vocalist Aaron Weiss from Mewithoutyou fame makes an appearance on the second to last track, No Friend, which to my surprise became my favorite piece after seeing it performed live.

While Aaron’s vocals are painfully low in the mix, it flows seamlessly from the previous track, pounding out a rhythm against vocals that become clearer as the song unfolds.

The slushy drums and fills, paired with a thoughtful bass track, keep me focused until the last vocal-only line is delivered.

No Friend may be about the band’s history and some of the confusion that comes with the spotlight, as told through the lens of Weiss’ poetic approach. Despite Hayley’s noted absence, it’s a powerful artistic statement near the end of the album. For music heads out there, dive into the Genius listing, too.

If nothing comes of it, then just know we are grateful

In my 34 years on this planet, I’ve noticed quite a few things about music. But perhaps one thing rests above all other observations. And that is, if we’re lucky, every once in a while an album sticks—front to back.

When that happens, we’re free to send our mind wandering. We can feel, sing along, and find connection on new levels.

And just maybe, if even for a brief moment in time, we’re able to access that vibrant feeling within.