The Mindset of a Newbie in Cyclocross 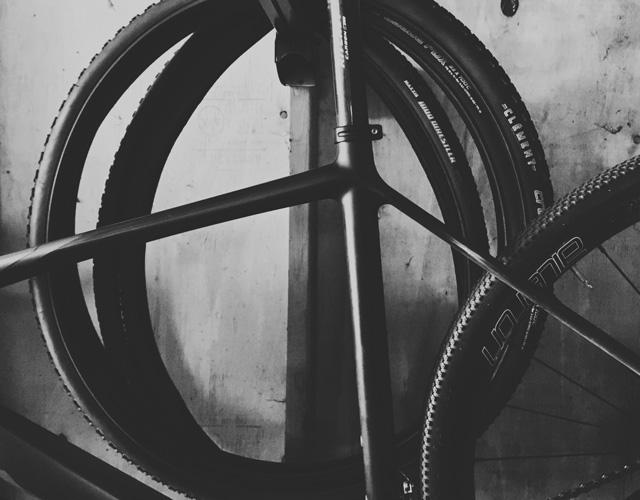 I’m often asked what cyclocross is, and to that I typically say something like: CX means knobby tires on a road bike, moving riders around a long course filled with grass, rocks, dirt, sand, and various obstacles to run or jump over. It’s a circuit race that starts at the blow of a whistle, and quickly becomes 40-60 minutes of anaerobic max efforts. Take a look at this recent elite race reference.

I hadn’t touched cyclocross for more than 4 years, until now. It was an earlier year goal of mine to get back into it, and with a little ingenuity finding a used Foundry Harrow this summer, I’ve set forth into my first real “season” of cyclocross.

For the purposes of context, I think it’s important to note how well-versed I feel I’ve become on the road as a cyclist. Simply meaning, I now have a handful of years under my belt, and while I’m not the strongest or fastest of my friends—not by a long shot—I hold my own and understand my limits. In other words, I usually know what I’m in for when I take off on a road ride.

Which is why (re-)entering the world of cyclocross was so enticing this season. Not only to brush off the old shoes, but to test my limits and check myself anew.

As a newbie in cyclocross, much like road racing, you start in the lowest of “Category” and work your way up over time. In cyclocross a “Cat 4” are all the people in your age group that are the most novice at racing. In some cases it also means the youngest that have yet to advance to a higher category. Cat 2 and 3 are significantly more seasoned, and of course, anything higher than that is quite impressive.

Back in 2011, I rode the Golden “Back to Basics” series which is comprised of a handful of Wednesday evening rides on rocky single track just outside Golden, Colorado. To be clear, the B2B series is entirely early season CX riding. While it draws a large field, most aren’t out for glory. The groups for each race are huge and one typically passes multiple people throughout the race.

Going into this season, I was aware that the B2B series didn’t truly illustrate the rest of the local Colorado CX scene. I knew what did were the morning races each weekend, beginning in late September and early October.

The fall races are the races that pit cyclists against the best in their field from the entire region.

I’ve raced a handful of times this season. I embark on painful early mornings (my field sets off at 8am sharp) and tackle a variety of course conditions for the first time, every time.

What’s amazed me about the races so far, and truly cycling time and time again, is how the bike can constantly put me in a new frame of mind.

For example, even through the throat aching efforts, I realize how weak my technical and bike handling skills are on these courses. Dismounts and remounts, something that happens multiples times a lap, are still a bit rusty, too.

This weekend’s race provided grassy/leafy terrain, far more than last weekend’s sand pits and stair run-ups. But even so, I was… not very fast. I’m a back half of the pack kind of guy.

Don’t get me wrong, I want to be fast, and I want to be technically dominant, but CX isn’t life. Instead, it gives life. However competitive I am with myself or my fellow racers on race day, what I’m really seeking is a way to empty the tank doing something fun.

I know I’ll never be competing for a podium, but each time I sit on a start line I know I compete for my own self-respect. To get on the bike, to push my body into unfamiliar territory, and to do my best to get better at such a fascinating sport. Simply by doing more of it.

Some racers get frustrated and quit. They simply fall behind a walk off the course. Truthfully, I think about that too.

But for any other cyclocross newbies out there, struggling to keep a wheel and feel relevant, stay on the bike.

Realize that staying on the bike holds parallel to many more things in life outside of the race you don’t think you can get through.

Cyclocross doesn’t have to be life. However, give it a chance to teach you about life.