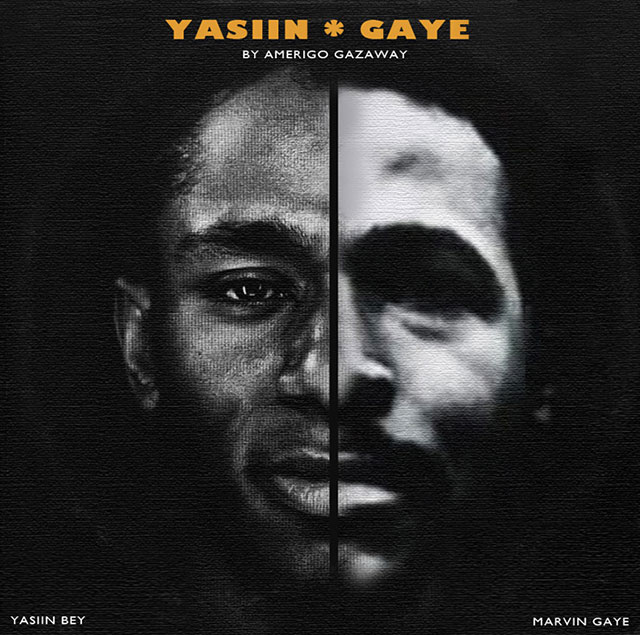 I’m always on the lookout for inspiring hip hop with jazzy flair. To my surprise I recently stumbled across this mixtape and haven’t been able to stop it from spinning.

As this Okayplayer article seems to indicate, this is the first release in a series called Soul Mates where Gazaway will combine the modern with the classic. About this release, it goes on to say:

Building the album’s foundation from deconstructed samples of Gaye’s Motown classics, Gazaway re-orchestrates the instrumentation into new productions within a similar framework. Carefully weaving Bey’s dense raps and Gaye’s soulful vocals over his new arrangements, the producer delivers a quality far closer to Gaye’s famous duets than that of a “mashup” album.

The album pieces together eery (and ultimately fascinating) sound bytes of Marvin from various recordings, interlacing his words between hooks, jazzy riffs, or Bey’s lyrics. It kicks off with a sample from the track “The Embassy” via Mos Def’s The Ecstatic release melded with vocals from a live appearance by Mr. Gaye.

I picked this track because of its lively beat and sultry lyrics, but the entire album is worth a listen. Whether you like hip hop, instrumental, or feel good beats, this album has something for everyone.